I write books about the women I want to be: women who find their own strength and power, and use them to make a positive difference in the world.
From A’isha bint Abi Baker, the youngest wife of the Prophet Muhammad—the protagonist of my first, internationally best-selling novel The Jewel of Medina—to the Provencal sisters who ruled kingdoms in Four Sisters, All Queens, to the tragic 12th-century scholar Heloise, who loved and lost the famous philosopher Peter Abelard but went on to revolutionize the role of women in the Church, my “heroines” are just that—in every sense of the word.
But the most heroic woman of all may just be the one closest to our time: the 20th-century African-American entertainer Josephine Baker.
She was an unlikely heroine, born in poverty and raised in neglect and abuse. By the time she turned 16, she’d been married twice. After years of hard work and determination—and perhaps, even, desperation—she debuted in Paris in 1925, at age 19. Her wild, frenetic dancing and exotic beauty made her an instant sensation.
She got rich, becoming the highest-paid performer in Europe. She had her pick of lovers. Fashion designers were vying for the chance to dress her. She made several movies, becoming the first black film star. She sang in an opera, and made records. She became the first black woman to headline at the long-running Ziegfeld Follies review in New York’s Shubert Theater. But it wasn’t enough, not for Josephine Baker.
She wanted her life to count. She wanted to change the world. Racism, which had literally colored her entire life, was her cause célèbre. And she made a tremendous impact for racial equality.
At first, her contributions were subtle. She strove to do what white performers did—headline in the Follies, become a film star, sing in an opera—to demonstrate that black women were as capable.
With the Nazi spectre looming over France, however, Josephine kicked into high gear. She took action to fight back against the racist threat, flying supplies for the Red Cross, volunteering as a nurse to treat wounded soldiers, performing for the French troops, and, most remarkably, becoming a spy for the French Resistance. She charmed generals and diplomats into telling her their secrets, then wrote it all down in invisible ink and carried the information across borders. In doing so, she risked her life.
Empowered by her successes, after the war Ms. Baker led the charge against racial segregation. During her 1951 U.S. tour, she gave speeches about discrimination, demanding equality for “my people.” As a result, many venues integrated their clientele for the first time.
When the controversy she spurred reached its peak, she had to choose between much-needed money and activism. She continued speaking out, and lost everything. She died in April 1974, penniless and living in a borrowed house—but she was rich in a way that few have ever been. Josephine Baker had made her dream come true: she’d changed the world.
We need stories like Ms. Baker’s today, to remind us of how far we’ve come but also of how much farther we need to advance to create a just and equitable life for all. Josephine Baker’s Last Dance shows us what amazing feats just one women can achieve.
This rags-to-riches-to-redemption tale motivates me every day to follow Josephine Baker’s example, to strive to improve the world we live in. My contribution includes writing novels about amazing women in history. What will yours be?
The message of all my books is: This, as far as we know, is the only life we will ever get. Let’s make it count. 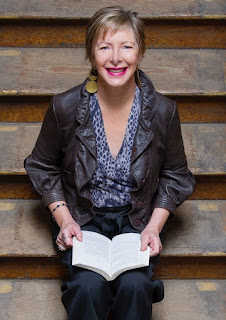 From the author of The Jewel of Medina, a moving and insightful novel based on the life of 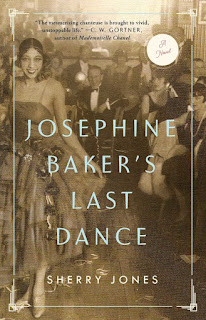 legendary performer and activist Josephine Baker, perfect for fans of The Paris Wife and Hidden Figures.

In this illuminating biographical novel, Sherry Jones brings to life Josephine's early years in servitude and poverty in America, her rise to fame as a showgirl in her famous banana skirt, her activism against discrimination, and her many loves and losses. From 1920s Paris to 1960s Washington, to her final, triumphant performance, one of the most extraordinary lives of the twentieth century comes to stunning life on the page.

With intimate prose and comprehensive research, Sherry Jones brings this remarkable and compelling public figure into focus for the first time in a joyous celebration of a life lived in technicolor, a powerful woman who continues to inspire today.