As you are turning the pages of my latest novel, Iquitos, The Past Will Kill, I hope the adventure is thoroughly entertaining. My job, as the author, is to create a world of fiction which seems real. There would be no point to write a story where you, my wonderful reader, feels as though none of this could be possible. It is the duty of the fictional writer to invite the reader into a world that is believable and worthwhile entering.

That is why I spent a month in the suffocating humidity and bug-infested rainforests of the Amazon. Flying to Iquitos from Lima, Peru I knew that if I were to write about my protagonist, Jonas Peters, then I must feel what he had felt. I had to know what it was like when he worked there as part of a multi-national law enforcement task force.  What was it like to survive in the wilds of the rainforest? If he had to sleep beneath the dark green canopy of the forest, scratching at mosquito bites, then I had to do the same thing.

That is why research is so crucial for writers and readers. For the writer, the research must bring the reality of a situation to the forefront; and for the reader, the writing must sound as though the events actually took place.

I was so grateful when Black Opal Books agreed to purchase the book. It is my fourth through them and I look forward to many more years in this partnership. Because of this publishing house, my work can reach out to so many readers, like you, to share my stories. And that it is very humbling for this writer.

The time has come to close this letter, but not before I tell you how much I truly appreciate the fact you have chosen Iquitos, The Past Will Kill to read. I hope it brings you the same fulfilling reward as it did me when I wrote it. 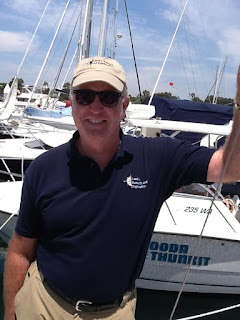 John R. Beyer spent nearly ten years in law enforcement in Southern California as a street cop, a training officer and a member of the elite SWAT team. After leaving the force, he continued in public service entering the field of education. During his tenure, he served as classroom teacher, school administrator and district administrator, and was an integral part of the gang and drug force in San Bernardino. While in both worlds he earned a Doctorate in School Administration and a Doctorate in Clinical Psychology.

During all those years, he never gave up the passion for writing – both fiction and nonfiction. He has been published in numerous magazines, newspapers and the like for decades, writing on a variety of topics. His latest short stories in the past year can be found in Foliate Oak Literary Magazine (2016) and GNU Journal (2017). He is also the author of three highly praised internationally known novels – Hunted (2013), Soft Target (2014) and Operation Scorpion (2017).
He won the 'Write Well Award' in October of 2018 from the Silver Pen Writer's Association for a fictional short story.

His newest novel, ‘Iquitos – the Past Will Kill’, was released in November of 2018 by Black Opal Books bringing two of his protagonists together for their first investigation. Jonas Peters and Frank Sanders will work hand in hand with an international incident which left undetected could cause a catastrophic issue for the United States. They are friends and they are good at they do. Catching the bad guys. 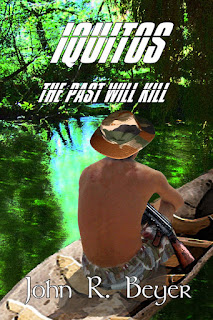 Jonas Peters and Frank Sanders team up to solve a string of murders, starting with the intentional and fatal bombing of a local coffee shop in downtown Riverside—a usually calm city in Southern California. Dozens are dead after an explosion rips apart the Coffee Grind, leaving dozens of others gravely wounded. Frank soon finds himself up to his elbows assisting the bombing victims, especially when he discovers that Jonas was walking to the Coffee Grind to meet up with his fiancée, but he never made it. In an instant, all their lives are thrust into a trail of death and destruction carried out by an unknown psychopath.

Amazon: https://www.amazon.com/Iquitos-Past-John-R-Beyer-ebook
Dear Reader at 3:00 AM