No one likes to talk about suicide.  I get that.  But the sad reality is that teen suicide is a serious problem; the suicide rate among girls between the ages of 15 and 19 reached a 40-year high in 2015.  Between 2007 and 2015, the suicide rate for those girls doubled.  For young males, there was a 31 percent increase.

Do I have you attention?  If I were a betting woman (I am not), I’d wager that you either know someone personally or know of someone who has taken her own life.  And I bet that you—along with the rest of us—shake your head in disbelief and wonder what you can possibly do to help break this deadly cycle.
What I did was to write a book.  Others attend workshops, champion suicide prevention programs in schools, join organizations or foundations whose work it is to better understand suicide.
The Netflix series “13 Reasons Why” debuted in 2017 and clocked in as Twitter’s second most-tweeted-about TV show and finished as the year’s top-trending show on Google.  Reaction to the story of a high school student’s suicide and its effect on her friends varied from those who found it uninformed and unnecessarily violent to those who felt the show had important messages.  Whatever one’s opinion, there is agreement that “13 Reasons Why” ignited a national conversation that will surely continue with the second season to air some time in 2018.  I am hopeful that Dead Serious: Breaking the Cycle of Teen Suicide will add to that conversation.
So, why did I write Dead Serious some three decades ago and return to the subject again?  Good question.  My brother took his own life.  The first edition of the book was a cathartic journey.  Through the stories of other survivors, I was able to gain some perspective on my brother’s tragic ending and my reactions to his death.  I came back to the subject (Something I never thought I’d do!) after reading about the shocking increase in the number of middle school kids who take their own lives.  My response: get back to it.  There is so much more to be done.  This time around, I focused on some topics that were not as immediate 30 years ago:  bullying, LGBTQ teens, school suicide prevention programs, new studies about the teenage brain, social media and transgender people.  I was heartened by the bravery it took for many teens to share their stories and the insights of experts who have dedicated their professional pursuits to focus on teen suicide.
I look forward to getting your feedback to Dead Serious.  After all, you’re the one who counts.  Reviewers can be helpful.  Media can spread the word.  But it is you, dear reader, who can help make a difference. 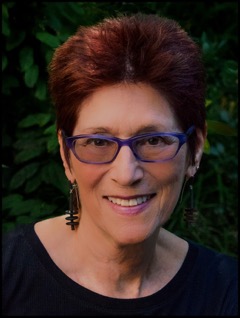 Jane Mersky Leder was born in Detroit, Michigan. The "Motor City" and original home of Motown have driven her writing from the start. A "Baby Boomer" who came of age in the Sixties, Leder is fascinated by the complexities of relationships between generations, between genders, and between our personal and public personas.

Dead Serious, a book about teen suicide, was named a YASD Best Book for Young Adults.

The second edition of Dead Serious (with a new subtitle): Breaking the Cycle of Teen Suicide, will be published on January 23, 2018, and will be available as both an ebook and paperback on major online book sites, at libraries, and at select bookstores.

The Sibling Connection: How Siblings Shape Our Lives, and Thanks For The Memories: Love, Sex, and World War II are among Leder’s other books. 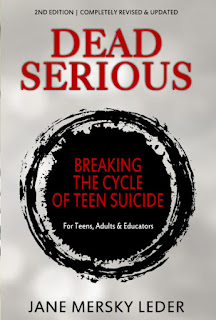 Thirty plus years after publishing the first edition of Dead Serious, this second completely revised and updated edition covers new ground: bullying, social media, LGBTQ teens, suicide prevention programs, and more. Scores of teens share their stories that are often filled with hurt, disappointment, shame--yet often hope. Written for teens, adults and educators, Dead Serious: Breaking the Cycle of Teen Suicide explores the current cultural and social landscape and how the pressure-filled lives of teens today can lead to anxiety, depression--suicide. Leder's own journey of discovery after her brother's suicide informs her goal of helping to prevent teen suicide by empowering teens who are suffering and teens who can serve as peer leaders and connectors to trusted adults. The skyrocketing number of teens who take their own lives makes Dead Serious: Breaking the Cycle of Teen Suicide more relevant and important than ever.