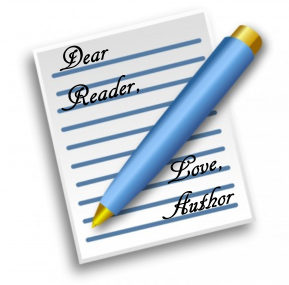 I’m hoping you’re falling in love with my world. I love it when you can easily visualize colorful scenes in your head just from reading a segment of words. I’m not talking so much about a brief description of mountain tops, hillsides or castles. I’m quite sure to all of us fantasy lovers, at least myself, I prefer brief descriptions of those things. What I love visualizing is the vivid colors of magic, the energy surrounding a powerful warrior, even the bloody brutality of battle. It makes the journey all the more exciting. Then I wonder what if Hollywood picked up this book, how cool would it be to see Prophecy of the Guardian take place on the big screen? The special effects would be worth it alone.

But it’s even more fulfilling when you fall in love with a character. You root for him, or her. You become frustrated when he is making such ridiculous mistakes. You want to jump into the book and smack him! Ha! You also love him and want to see him succeed. That’s the beauty of characters coming to life in stories. You feel like you’ve made friends, or you are a spectator along for the ride.

I’m hoping you love the Nasharin Race I created. Obviously, they are the main focus of the book, the most interesting, the unique warriors they are. I’ve always loved transformations in anime, or kaiju movies, like say, when Godzilla upgrades to Fire Godzilla! Or Akira Toriyama’s Dragonball series; the transformation and power of the Sword of Omens from Thundercats. Heck, even as a kid I loved it when Prince Adams transformed into He-Man and Princess Adora became She-Ra. It’s equally exciting when a warrior goes through some serious, hellish training and comes out a new induvial to be respected, even feared. My love of all these elements led to my creation of the Nasharin Race.

But a good story takes more than that, I am sure you’ll agree. One must care about the characters, otherwise what is the point? The scenarios I wrote in Prophecy of the Guardian I think many can relate to. Perhaps you’ve gone through something similar before? It’s not all about magic after all, that’s just the icing on the cake. It is the heart of the characters. I hope I have delivered what you’re seeking in a fun-to-read and intriguing tale.

It’s by far no literary masterpiece. I am no Tolkien! But I feel it’s a fun, inspirational and easy to read story. An endless tale of that classic good versus evil with my own twist. And sometimes you know, the Light isn’t always right. Our protagonist realizes that after encountering a particular race the Light believes was never meant to exist. We are who we are. You judge one not by their skin color, creed or gender, but by the content of his character—the heart.

Thank you for reading! 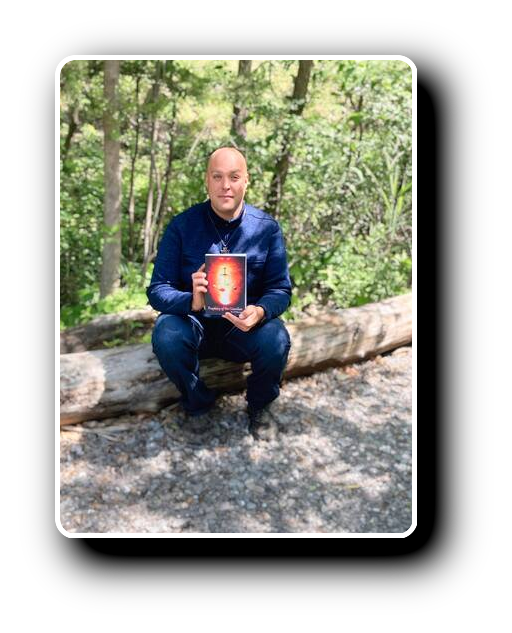 J.W. Baccaro is the author of Prophecy of the Guardian, The Coming of the Light and Blood Dreams. Always a lover of creativity, from works of literature to writing music with his electric guitar; even baking and cooking. When not working on his next story or lost in a good book, J.W. enjoys kicking back with a couple of tasty craft beers and binging on Kaiju movies, 80’s action flicks, Japanese animation and slasher films (particularly the one involving a hockey mask). Heck, he even enjoys a good romantic comedy. Feel free to email him at jwbaccaro@yahoo.com. He lives in upstate NY with his wife Melissa, his son Alexander, his German Shepherd and his three cats. 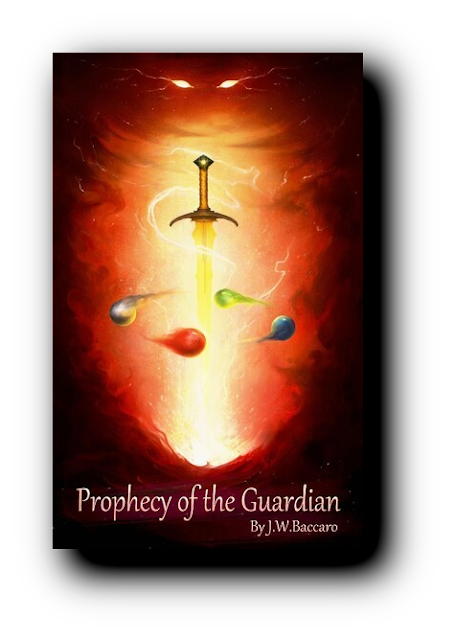 “Not darkness, not light, perhaps something in between, and is claimed by the darkness…as theirs. Though being saved by the light, that which is saved must in turn save the world…”

Darshun Luthais has never experienced the Nasharin Frenzy—the unbending will to challenge a stronger opponent, no matter the cost. He doesn’t know what he will transform into, has never bonded with an elemental crystal and has never seen any of the unearthly creatures his father talks about. Even though he’s an infant in Nasharin years, his life consists of nothing but constant training, striving to unlock the sleeping power his so-called accursed race is born with.

But all that changes when he is pursued by a Dream Assassin in the dead of night. What he witnesses will forever change his outlook on life and lead him on a quest only the strongest can complete.

“This epic fantasy is action packed, all the way through. Definitely a powerhouse for fantasy lovers. It has plenty of dark magic, tons of bloody battles, and even some seductive tones.

The chosen one faces his destiny with tribulations that at times favor Homer’s Odyssey and Iliad. While reading I also felt it resembled Lord of the Rings especially due to its epic length. I can not stress enough how well detailed the story and characters are. Nothing is ever lost in the pages. The timeline is incredible and every aspect continues to build. Wonderful and fascinating!

It is involving, meeting the chosen one as a baby, watching him grow as a young boy into an adolescent, learning to fight, learning who he is, and learning to love. There are many secrets that unfold and characters to meet along the way. From witches to elves, to gnomes and trolls there is sorcery and magic around every turn. The creatures met along the way are descriptively colorful and incredibly likable. Even the darker ones! Well, there are some gross ones too as I think of it. You’ll see!

As a side note, the author does not hold back in his details of war and how brutal the effects are on the people and the land. He sets his world in a beautiful background, so exquisite and then details the destruction during bloodshed and battle.

I’m usually not into a lot of battle stuff. This series however carried so much with it, more than just a battle book. The action was absolutely a big part of the story and without it, the fantasy would not be the epic level that it is, of course! But, there is also the magical side, the mythical and mysterious wonderment. The creatures are so desirable and they stayed with me as I read the story. The colors of the world are so vivid. And actually the magical aspects are my favorite parts of all.”

Email ThisBlogThis!Share to TwitterShare to FacebookShare to Pinterest
Labels: thriller