Dear Reader…
When I was a little kid I cried whenever my parents took me to a parade with a marching band. The first time I went with my grandmother to see the Christmas Show at Radio City Music Hall (in New York), I was a little older, so I managed to choke back the emotion that filled me at the sight and sound of a live 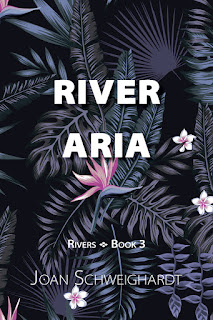 performance, but afterwards my ribs hurt from holding in what would have been gigantic sobs. And here I am all these years later and I still choke up whenever I attend a live performance. I myself have no musical talent whatsoever, but I have always joked that next time around I want to come back as a musician, performing not alone but in the company of other musicians, lots of them. In writing River Aria, I found a way to jump the gun and get at least a taste of that experience ahead of time.
River Aria is narrated by Estela Hopper, who, as a ten-year-old girl living in an impoverished fishing village in Brazil in the early 20th century, is offered a twist-of-fate opportunity to study opera with an esteemed voice instructor. During her years of instruction, Estela, who is talented, passionate and dramatic by nature, learns that she is well-suited for the stage. But as there is no way for her beloved instructor to convince the managers of the great New York Metropolitan Opera that they should bring on a mixed-race immigrant who grew up on the banks of the Amazon River to become an elite performer, she accepts what they do offer—a position in the Met sewing room—and leaves Brazil on a ship with her cousin JoJo in the year 1928.
If you love music, you will find it here—not only opera but also jazz—1920’s New York style. If you love art, you will find that too. If you enjoy historical settings, River Aria has them as well. Estela’s heritage issues in part from indigenous ancestors from the Brazilian rainforest, and some of the legends that accompany her to New York are as lush and vivid as the rainforest itself. And of course there is plenty of drama and at its heart, the kind of love story you might expect in a book inspired by opera.
I hope you will consider reading River Aria. It is the third book in my “rivers” trilogy, but you don’t need to have read the first two books (Before We Died and Gifts for the Dead) to understand what is going on. However, if you want to read all three, I can promise you a wild immersion into another 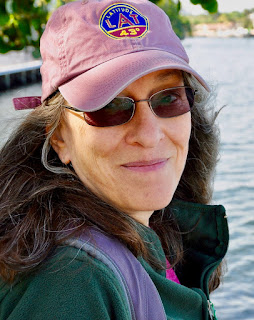 world. Collectively, the trilogy tells the story of two contingents of characters—Irish Americans from New Jersey and Amerindian/Europeans from Brazil—working out the nuances of their various relationships on two continents during the years 1908 to 1929 while they simultaneously deal with the dangers of rubber tapping, WWI and its aftermath, the Spanish Influenza, the beginnings of the Great Depression and so much more.
Thank you for your time!
Love,
Joan Schweighardt
Visit her website.
Find out more about RIVER ARIA on Amazon.