This book started out as a single story for a college course where I had to try to write as a famous author. Given that I could choose any writer I wanted, I naturally chose the one I admired the most, knowing full well the difficulty I would face in tackling the task.

Edgar Allan Poe had a style that few could imitate and that no-one could ever claim to be their own. His originality makes him one of the greatest American writers of all time. I try to model myself after his qualities, at least in the ways of being an author.

Poe is credited with inventing the detective genre and The Balloon Hoax is often referred to as the first science fiction story. Though most of his work outside of poetry falls under the genre of thriller, we see that he didn’t let genre define him. Though Poe wrote in different genre’s, his style of writing remained the same and it is this that I focused on when writing my first story for this book.

My intent for these stories is not to have you feel like you’re reading Poe’s work, but instead to give you the sense or sensation that you would feel reading his work. I believe that you will enjoy these stories and I hope to eventually put out another edition, though the darkness has escaped my mind for the present time and with its absence I find it difficult to cultivate new thrillers.

A Collection of Twisted Tales will transport you through time, back when things were simpler and darker. The people in this book, some more real than you might think, will leave you wanting more while at the same time, glad you are living in the now. If at any time things become too rough for you as you read this book, just know that you can always… 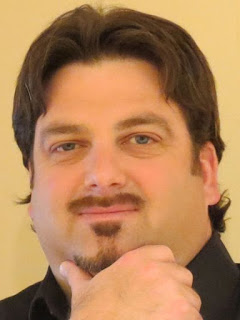 Kraig Dafoe was born in Potsdam, New York and grew up in Canton. He played high school football and joined the Army Reserves at the age of seventeen.

Kraig has published two novels and published poetry. He is currently working on another writing project.

His current novel is A Collection of Twisted Tales.
You can visit his website at http://www.kraigdafoe.com. 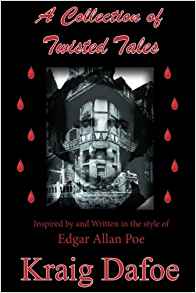 Most of these stories have one thing in common, death. Although death is the common thread, there is nothing common in the way that it comes about.
This collection is chock full of interesting characters scattered among various settings that inspire the imagination, such as a Lavish English mansion or the dark interior of a rundown home.
This book is inspired by and written in the style of, Edgar Allan Poe.